In our book, DOUBTING THOMAS (by Mark Beliles and Jerry Newcombe), on the faith or lack thereof of Thomas Jefferson, we see that he went through different stages of life…sometimes as a believer, but sometimes as a serious doubter. Here is a summary of his faith during his adult years.

In reading about a thousand letters to and from Jefferson that have religious information, plus about another 100 entries from his memorandum books, five religious phases of his adult life seemed to appear. The first phase spanned about 25 years and showed nothing that proves him to be anything but an orthodox believer.

Then in 1788 a second phase emerged with a letter that said he did not comprehend the Trinity while maintaining involvement in orthodox churches. In 1803, a third phase seemed to appear when Jefferson clearly said “I am a Christian” but began expressing agreement with Joseph Priestley and a belief in the corruptions of the original Christian faith. The fourth phase began in 1813 with Jefferson’s first clear rejection of the Trinity and other fundamental doctrines in private letters. In 1820 the final phase began with his recommitment to the Episocpal church even while identifying himself privately as a Unitarian in theology.

For 65 years as an adult, there is hard evidence of Thomas Jefferson being involved in church for at least 80 percent of the time (virtually 100 percent when it was available), and indirect evidence and eye-witness testimony of his attendance in other years. (Basically, when church was available to him, he was there.). Even in years lacking hard proof of attendance, there is still plenty of evidence of prayer and Bible study, etc.; plus he says in various times that he worshiped somewhere (i.e., in Philadelphia at Priestley’s Unitarian church) when contemporary records are not found for it.

Plus, if he had not attended church in some periods, such as when he was governor (1779-1781) in Williamsburg (at Bruton Parish Church, where you can visit to this day and see where he sat) or in Richmond (at St. John’s Episcopal Church), it would have likely generated some comment in the press or private letters. Since it did not, it seems likely that he attended worship at that time also.

The periods when he was not attending any one church regularly were those where regular Episcopalian worship was not available to him—when he was in France and during the time after his presidency until a church was re-established near his home (1809-1819). (When it was re-established a few years before his death, he then attended and committed his financial resources to support the church.) Jefferson never expressed an explicit heterodox belief for at least the first 40 of his adult years and perhaps 50. And even then his growing sympathy with Unitarianism was not expressed publicly, and he still worshiped in traditional orthodox churches.80 But it is clear that Jefferson’s religious beliefs were constantly developing and nuanced and easily misunderstood if taken out of context. Hopefully, these chronological chapters have helped to restore that context before attempting to analyze Jefferson’s religious life in a topical thematic way. 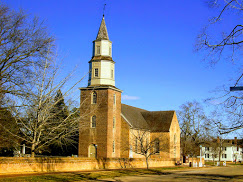